Unilever’s boss has ruled out any blockbuster takeovers weeks after a botched attempt to buy a chunk of Glaxosmithkline for £50billion.

In a dramatic U-turn, Alan Jope said the Marmite and Hellmann’s owner was no longer pursuing mega-deals as part of his strategy to move away from food, and instead focus on faster-growing health, beauty and hygiene brands.

The comments came less than four weeks after it emerged Unilever had seen three bids for the pharmaceutical group’s consumer health arm rejected, including a final offer worth £50billion.

Takeover flop: Alan Jope (pictured) said Unilever was no longer pursuing mega-deals as part of his strategy to move from food.towards health, beauty and hygiene

At the time, Jope said ‘major acquisitions’ were part of a new strategy, adding that the GSK offer was not ‘the only option’ and he would pursue other deals if it did not go through.

But announcing under-whelming annual results yesterday, he said: ‘We have engaged with shareholders in recent weeks and received a strong message that the evolution of our portfolio needs to be measured.

‘We therefore do not intend to pursue major acquisitions in the foreseeable future.’

The £50billion bid for the GSK business – whose brands include Sensodyne and Panadol – was blasted by investors and wiped £10billion off the value of the company.

In a bid to placate shareholders yesterday, Jope announced plans to return £2.5billion to investors through a share buyback.He also upped the firm’s dividend by 3 per cent, meaning it will pay out £920million.

HOW THIS IS MONEY CAN HELP

The slide came as Unilever, which makes Dove, Wall’s ice cream and Domestos, warned profits will be hit as soaring inflation lands it with £3billion of extra costs this year.

It said sales would grow as much as 6.5 per cent in 2022, but much of this would be down to price rises rather than selling more products.

And it warned the ‘very high’ inflation will knock as much as 2.4 percentage points off its profit margins.

It hopes a recently announced restructure, which involves axing 1,500 management jobs worldwide, will save £500million in the next two years. 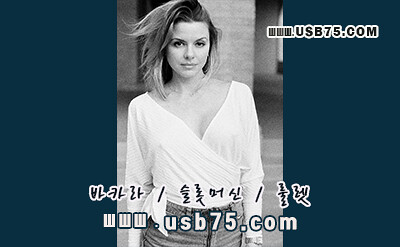 Unilever said turnover hit £44bn last year as sales rose 4.5 per cent.Profits were up 4.8 per cent to £7.3billion.

The results followed a turbulent month for Jope in which he has been criticised by top shareholders over his strategy.

A top 20 shareholder said Unilever chairman Nils Andersen should be removed from the board for allowing Jope to pursue the GSK takeover.

And another top shareholder – Fundsmith manager Terry Smith – blasted Jope for the GSK approach just a week after claiming Unilever had ‘lost the plot’ over its obsession with woke social issues.

But Jope received a boost this week as the head of Unilever’s fourth biggest shareholder, Lindsell Train, said he was right to consider the GSK takeover.